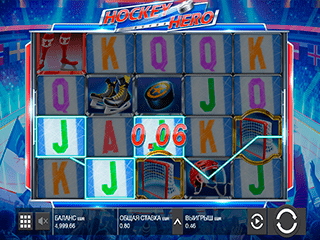 Hockey Hero is a 5-reel, 40-payline video pokie from Push Gaming. This game is based on ice hockey and can be played on all devices including PCs, tablets, and smartphones. It comes with Wilds, multipliers, re-spins, and free spins. Read the entire review to find out more.

If you decide to give Hockey Hero a spin, you’ll come across card icons (A, K, Q, and J), hockey players (Heroes), Pucks, Helmets, and Skates. Additionally, you’ll see a huge ice rink and ice hockey fans in the background. The Gold Trophy is the game’s Wild symbol while the Goal icon acts as the Bonus Game symbol.

To play Hockey Heroes, grab your gaming device and load the game. Use the “Total Bet” feature to choose one of the available values (0.40 to 100). Click the large round button to play or click the “Autoplay” button to set the number of automated spins, loss limit, and single win limit.

Any of the 3 Heroes has the power to activate the Hold and Re-spin Feature by appearing as a full-reel image on reel 1. During the re-spin, images of the Gold Trophy and the selected Hockey Hero are locked and held in position. The Hold and Re-spin Feature is retriggered if more images of the featured Hockey Hero and additional Wilds appear during the re-spin. If you are lucky, you can activate several re-spins.

The Red Hockey Hero is the most rewarding symbol offering up to 250x your bet per line on at least two winning images. If it triggers the Hold and Re-spin Feature several times, you could end up with a Super Mega Win.

The Gold Trophy (Wild symbol) can appear anywhere on the reels to complete or expand symbols within the same payline. It also has a locking feature that is activated during a Hockey Hero Re-spin.

Three or more Goal icons appearing simultaneously anywhere on the reels active 5 Free Games. During the Free Spins, you’ll play on bonus reels with the Skates, Helmet, Puck, and one of the Ice Hockey Heroes. The featured Hero is chosen randomly and comes with a Bonus-Win Multiplier that ranges from 2x to 4x.

Push Gaming’s Hockey Hero comes with a number of exciting features that can reward players with huge prizes. All in all, this game is worth playing. 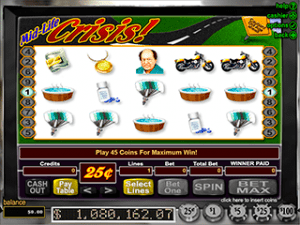 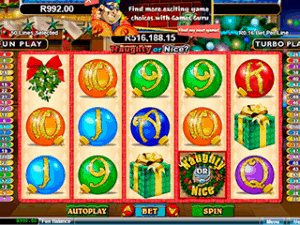 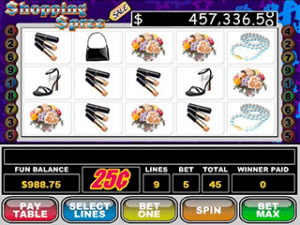